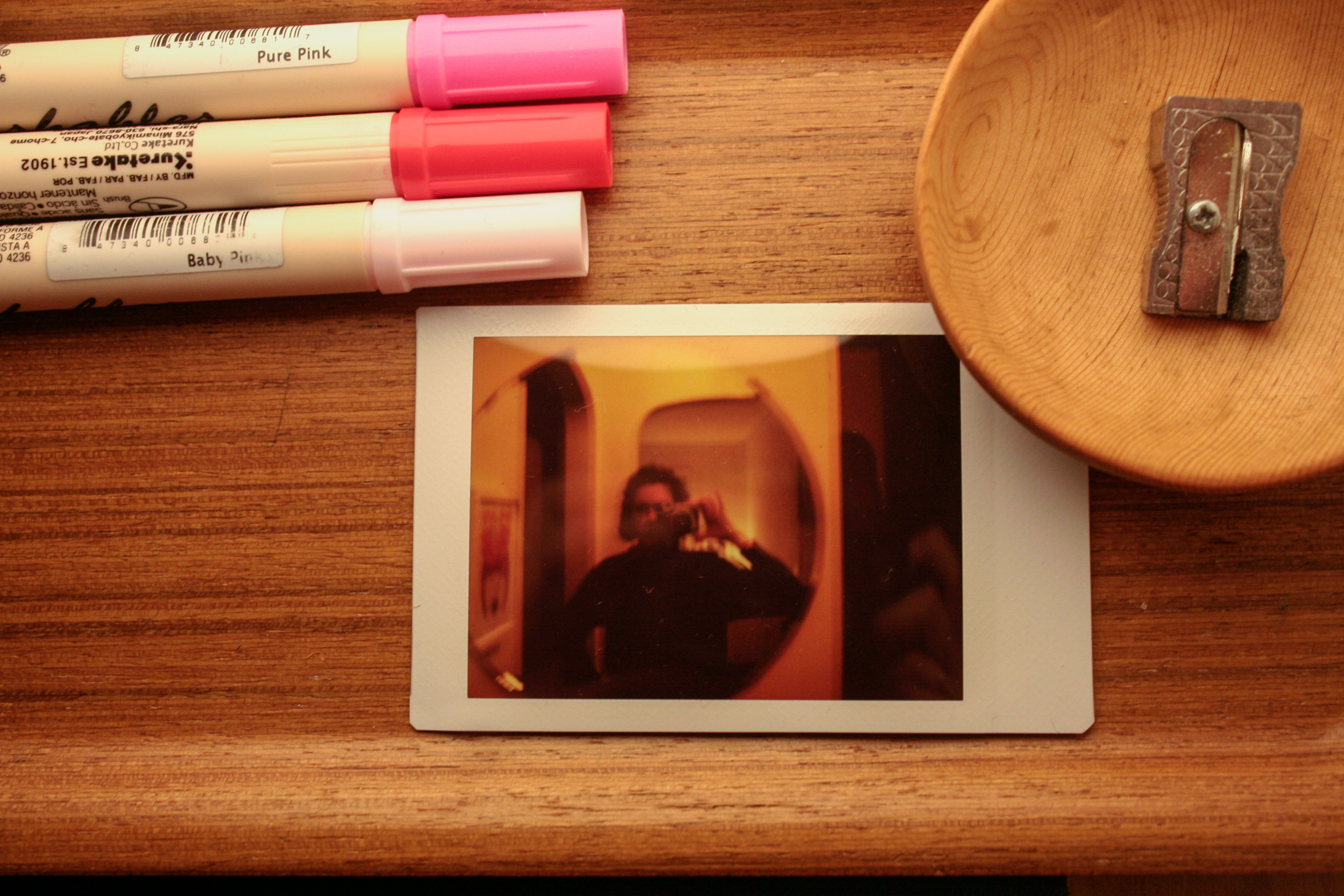 Sewed the pockets and leg seams of the red-pink denim studio pants. Just a seam or two a day. I'm unenthusiastic about the color of the denim, which makes it very hard to sew. I'll probably dye these after I sew; I sewed with cotton topstitching thread (I think!) with that in mind.

Took a night instax photo. I want to take one per week this year.

Finished assembling the rest of the All Well Modern Patchwork riso print zines. Read some riso printed zines that came in the mail, mailed out some zines, returned the 106 electric stapler to Robert at CAM, got very chilled by the early-arriving rain on the bike home.

Talked with friends about printing their valentines zine, figured out logistics, made a spreadsheet.

Talked to friends and family about the white supremacist coup / violent attack on the Capitol/Congress. And about what to do next now that GA volunteering is done. Celebrated the Georgia Senate results.

Adam is working on map making, I worked on coloring map elements with him, playing with Maputnik, which is cool. Excited about what he's making. Starting to work on data gathering /arranging for a series of Seattle maps to riso print – bike rides on the unmaintained neighborhood signed routes, the places to Swim / Secret Beach End parks in Seattle, and secret parks in skyscrapers and other hidden parks. Talked about collaborating on that with friends.

Did the research for the line/angle halftone screening options for Spectrolite and Adam translated a python library to Go, to make the beginning of those experiments.

Did a bunch of year-end-review and planning the next year's projects for ANEMONE, and for All Well. Spreadsheets, organizing folders, making Sketch files and moodboards, getting thoughts in order. Worked on some of the projects. Made the beginnings of the All Well Sketch Library of styles and symbols, a project I'd been meaning to do for ages.

Ordered proper surge protector power strips to set up the studio space for better working order. Lots of taking small actions on finishing things, as a general theme, and doing small tasks that are long put off. It's strange to have no major project right now, but I'm trying to stretch out the break and keep going with finishing stuff. There's more to do there.

Carving on an oak spoon, the wood is difficult to work with, I'm not enjoying it. Carving another small circular dish, too. Gave myself my first blister from carving, on my left thumb.

Went to Queen Anne to look at the White Snowy Owl. It was on the roof of a house. Dean mailed me a new sketchbook.

studio
Back to posts