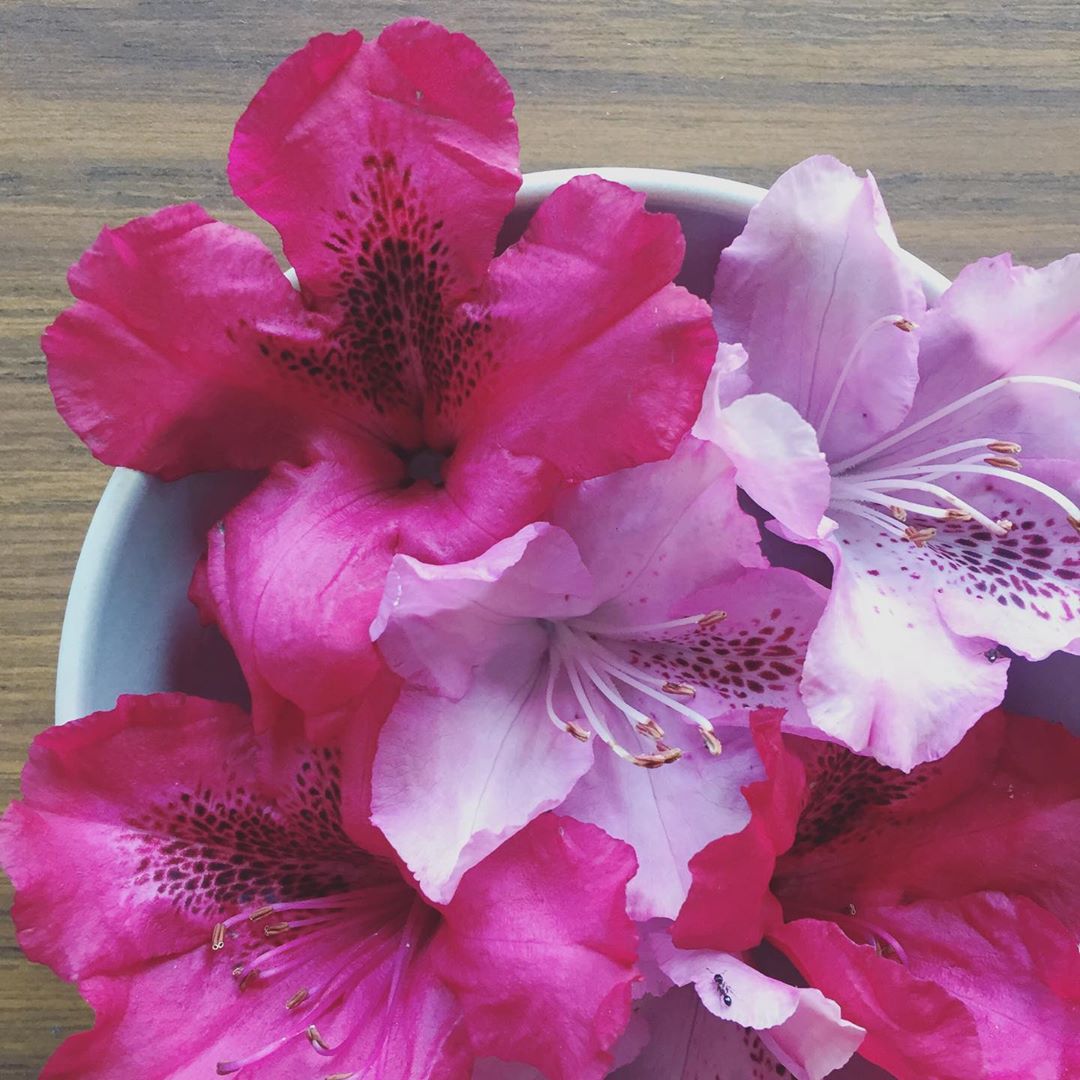 The last two weeks were filled with figuring things out. How to turn paper sewing pattern drafts into digital form, and how to make a serger work, mostly. A little bit of sorting out the plant project. And, a skincare science blog made a longtime thing about my skin that I’ve been trying to figure out for years make sense. I switched a few products and everything changed overnight.

Adam and I went to see Beirut play at the Paramount last Wednesday and the whole time I was just filled with such overwhelming sense of completeness? joy? At one point I had one of those loud thoughts, the kind you think to yourself in a complete sentence: “this is a really happy time in our lives.” And then laughed a little at how perfectly that thought had shown up right with the horns section.

A few weeks ago, my mom shipped me her serger, a Pfaff Hobbylock 788, and I finally got it working today. I downloaded a PDF of a scan of the manual, and checked out two 90s era color photo books about sergers from the library, and watched videos on youtube. There were various knobs and buttons that needed to be set differently, and I had to figure out how to get the four threads through the threading paths that have a bunch of points to go through. I was stuck for a long time on this little slider that wouldn’t slide, and had to take another pass through all the books, the manual, and youtube until I realized that I had to turn a different knob to a certain position, and exactly match up two lines first, before the slider would slide.

A similar feeling to finding a bug in my code that’s actually just a missing semicolon or a plus sign instead of a minus or something. Kind of silly, like why did this take days, but also pleasing, in a way. And in this case, a little scary, because this is just the beginning of figuring out the serger. That intimidating-exciting weight of just barely knowing how much I don’t know yet.

My favorite part of the last few weeks has been making sewing patterns in Sketch. I’ve been collaborating with Amy Bornman on making digital patterns out of from paper copies she mailed me. Turning them into multi-page PDFs that you can print out at home, and tape together. I gave myself a budget of 30 hours to figure out how to do it, but had them all done in a day. I think I might be one of the first people to use Sketch that way, ever? I patched together a bunch of disparate parts together - sewing pattern drafting books, online tutorials about digitizing in illustrator - to do something new, but in a fast and intuitive way. I’ll have to write that process up, because it’s definitely one of those things that feels like it will be useful to other people too.

It’s been really good to have my hands on a bunch of these kind of creative, kind of engineering, kind of business things, just for the fun of it.